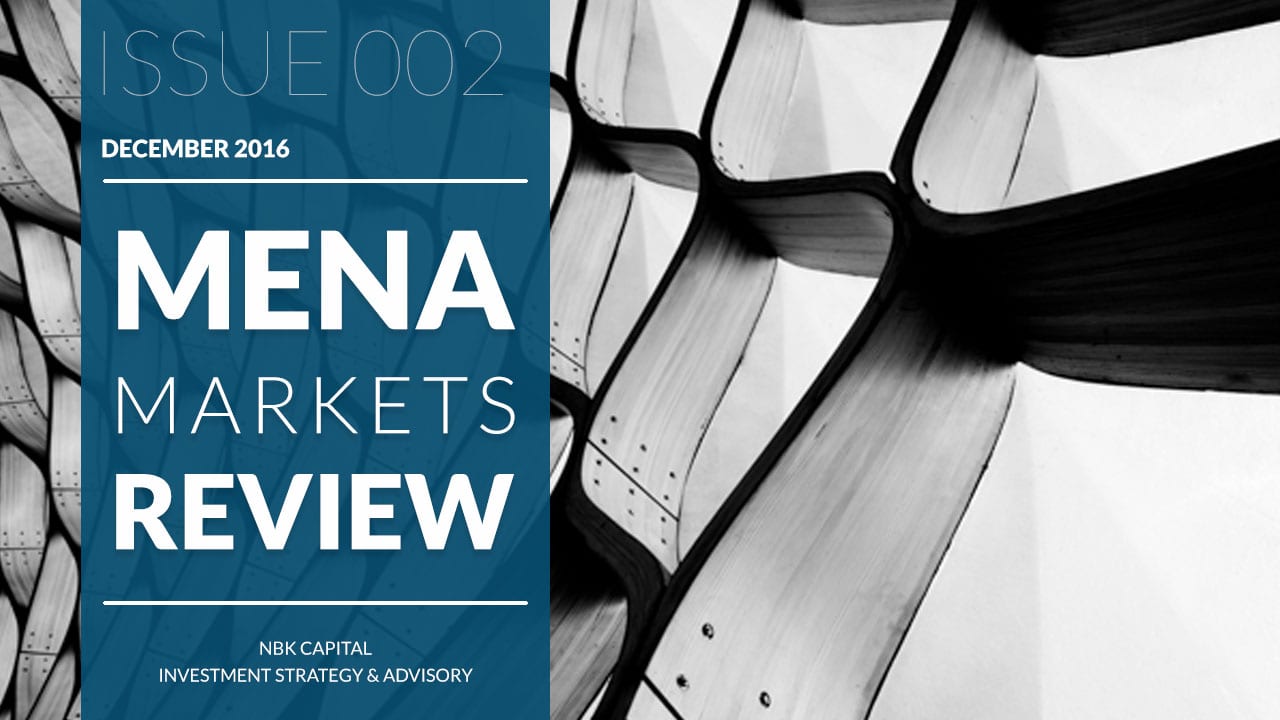 We see GCC regional non-oil growth rising gradually from 2017 to 2018, 2.5% to 3.3%, as the economies gradually digest the new reforms and measures

The GCC countries are poised in our view to grow near 2.0% overall (real GDP) in 2017 and 2018, held back by oil production cuts. Non-oil growth however should be a decent 3.0% on average in 2017-18, led by Qatar, the UAE, and Kuwait, as the non-oil sector shows some resilience amid continued governmental efforts to control spending and waste, and raise revenues (fees and taxes). We see GCC regional non-oil growth rising gradually from 2017 to 2018, 2.5% to 3.3%, as the economies gradually digest the new reforms and measures. The consumer sector has in general retrenched, particularly in KSA, while public projects and government investments have been maintained, in particular in Kuwait and in Qatar.

Global equities improved following last month’s poor performance, as measured by the MSCI All Country World Index, which was up 2.0% for the month of December and up 5.6% for the full year of 2016. Following the same trend, U.S. stocks, as measured by the S&P 500, ended the month of December and full year 2016 up 1.8% and 9.5%, respectively. The Dow Jones Industrial Average reached a record level of near 20,000 during the month of December and ended the year up 13.4%. The Federal Reserve raised rates for the second time in the last 12 months; one year after the first rise came in December 2015. The Fed raised its target federal funds rate from 25-50 bps to 50-75 bps, a move that was fully priced and anticipated by markets. With inflation moving toward policy makers’ 2 percent target and unemployment strengthening further, this has secured the case behind the Fed’s interest rate hike.