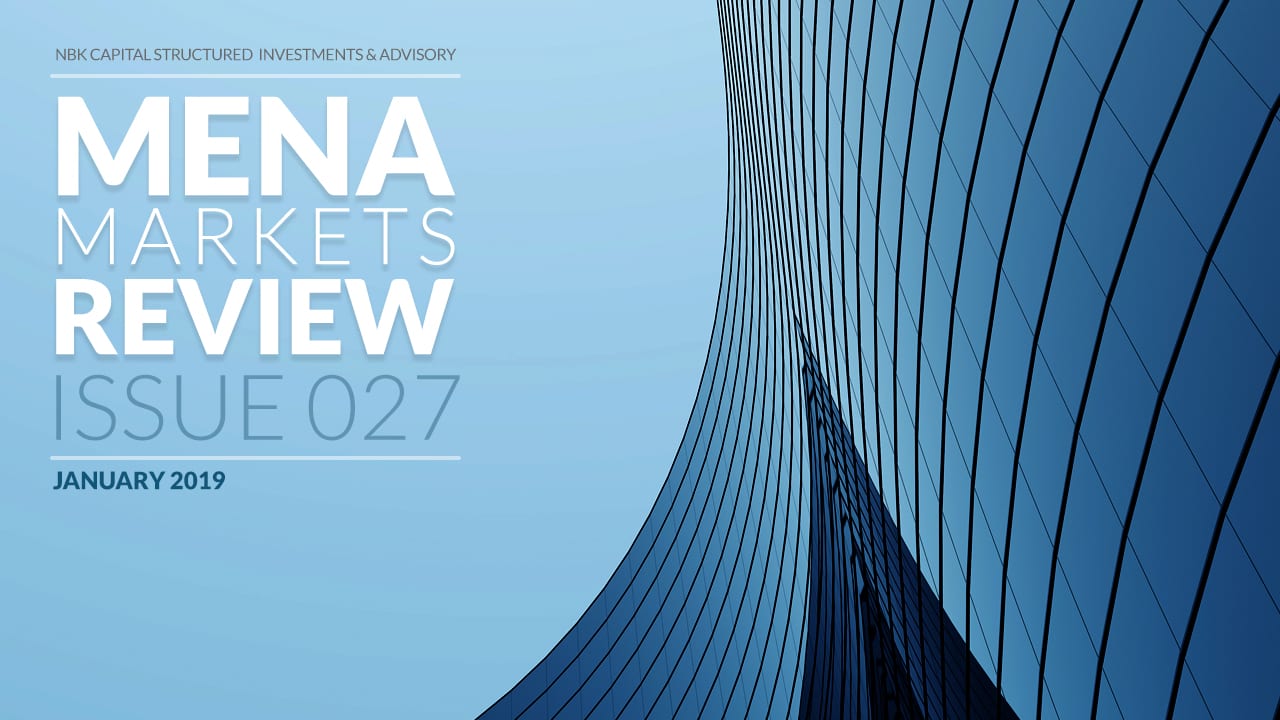 The new year seems to be starting on a positive note after the turmoil that swept markets during the last few months of 2018 and seem to have completely ignored the longest partial shutdown in US history.

The Federal Reserve left interest rates on hold in January but indicated a pause in further rate hikes and that the pace of its balance sheet normalization might slow. It justified the shift by citing ‘cross currents’ including tightening financial conditions and slowing global growth, as well as modest inflation. Some analysts are speculating that the move represents the first step in a pivot towards a loosening cycle, though the consensus is that the pause will extend throughout 2019. Futures markets currently predict an 86% probability of rates being unchanged this year, with a 10% chance of a 25bps cut.

The partial shutdown of the federal government lasted for a record five weeks, before ending on January 25th without President Trump securing congressional funding for his proposed border wall. Trump however has threatened a fresh shutdown if funding is not approved by February 15th. The Congressional Budget Office estimates that the shutdown cost the US economy $11 billion (0.06% of projected 2019 GDP), though $8 billion of this would be recouped as returning employees received back pay. The shutdown resulted in delays to a host of economic data including the first estimate of GDP for 4Q18, which is expected to show growth slowed to an annualized 2.6% from 3.4% in Q3. This would leave growth for 2018 overall at 2.9%, the fastest since 2015.

High frequency data generally confirm the limited impact of the shutdown on economic activity and that growth for now looks solid going into 2019. The standout figure over the past month was from the labor market, with non-farm payrolls surging 304,000 in January, more than double expectations, and government employment also rising. Unemployment ticked up to 4.0% due to a rise in participation, but hourly earnings growth decelerated to 3.2% y/y, helping the case for the Fed’s rate hike ‘pause’. Flash PMI data for January was also upbeat, with the composite index rising to 54.5 signaling decent growth in both services and manufacturing. Not all data has been positive however. The University of Michigan’s consumer confidence gauge fell sharply to a two-year low of 91.2 in January no doubt affected by the lingering shutdown. The strong labor market suggests that the dip in confidence should be temporary.

Consumer price inflation declined further in December to 1.9% y/y from 2.2% in November and a recent peak of 3.0% last summer. The fall was driven by lower energy costs due to lower oil prices, while core inflation was steady at 2.2%. Tame inflationary pressures continue to be one of the puzzles of the current economic cycle, given strong economic growth and the tight labor market. Inflation risks could ease further if the US and China can agree a trade deal ahead of a March 1st deadline, when US tariffs on $200 billion of imports from China are scheduled to rise from 10% to 25%.

Oil prices recovered in January, rising 15% m/m as OPEC, led by Saudi Arabia, looked to cut output quickly to comply with the December OPEC+ production agreement. The risks to the outlook for oil demand growth in 2019 stemming from deteriorating US-China trade relations and a slowing Chinese economy, though, are skewed to the downside, and the International Energy Agency is expected to follow the IMF’s lead and revise down its forecast slightly from 1.43 mb/d. Despite record high US crude production of 11.9 million b/d, OPEC cuts together with still-decent demand growth should help the oil market return to balance by mid-year.

In the GCC, according to official reports, the Saudi economy recovered from its contraction in 2017 (-0.7%) to grow by 2.2% in 2018. The rebound was led by the oil and non-oil public sector, with the latter underpinned by record government spending. Growth in consumer spending and private sector credit, at 10.4% y/y and 2.9% y/y respectively in December 2018, also support the narrative of recovery. The government is reportedly considering introducing a private sector cash allowance to encourage more Saudis to move to the private sector and is also mulling revising the expat fee structure amid complaints from businesses of rising costs and a shortage of skilled personnel. Some 1.3 million expats have left the country since the start of 2017. There was positive news on activity, with PMI indices for both Saudi Arabia (56.2) and the UAE (56.3) ticking up to multi-month highs in January.